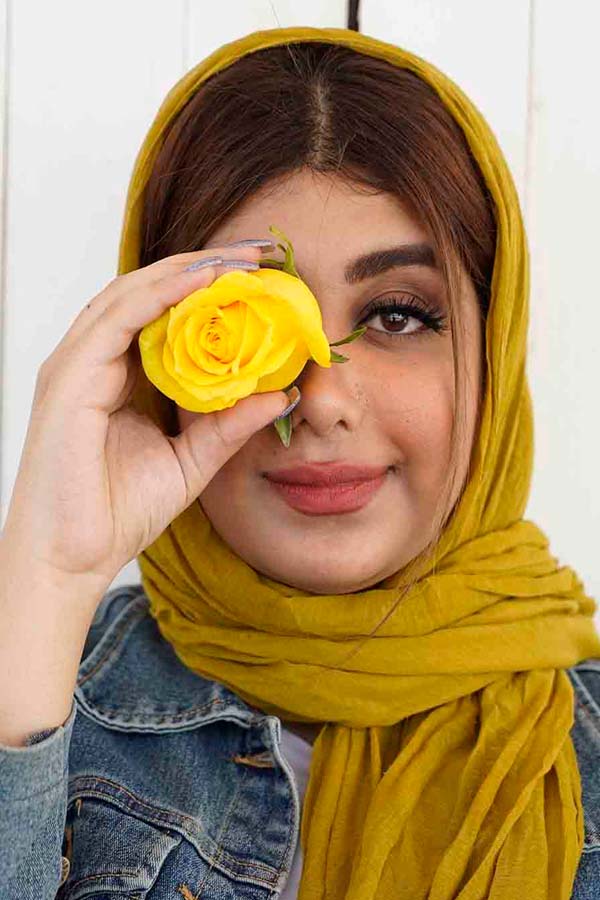 Zahra Meygoli started her career at a young age and with the establishment of (karestoonegoli) in 1399, she officially entered the field of music, cinema, documentation, and production.
His nickname in cyberspace is ” Karestoonegoli ” and he is known as the creator of influential documents on Instagram.
Most of his work has been in the field of documentaries about various jobs.

Zahra Meygoli born in 1997 is an Iranian actress and short movies director. As a teenager, she became interested in cinema and graphics, and began her studies in accounting by joining the Azad University of Iran, where she worked alongside accounting in graphic design. She received her diploma in accounting from the Free College of Iran. During these years of formation, Zahra Meygoli made several short documentaries called karestoonegoli, which is about businesses. She started her career in 2020 in the documentary section about various businesses and is producing, which she publishes on YouTube, Instagram, and other media. She helps Iranian women not to be disappointed and they can too. Have a business for yourself and get rich. His wife is Mehrdad Rezaei, who is a short filmmaker in Iran.